Jazzy: Marinate the tempeh for a few hours in the fridge for a more intense flavour. You can also add ½ tsp rice wine vinegar to the pickled cucumbers and sprinkle them with toasted sesame seeds

Great with: a fresh bowl of sushi rice

Lets cook: First, prep the sunomono by slicing the cucumber as thin as you can at an angle to make large discs. Place in a bowl and sprinkle over some salt (this is to draw out the water) and set aside until later (or for at least 15 minutes). Next make the tempeh marinade. Mix together the miso paste, half an orange’s worth of squeezed juice, 1 tsp soy sauce and grated orange peel. Chop the tempeh into bite-size cubes and coat evenly with the marinade. Cook the tempeh for 20 minutes at 200oC in the oven. Meanwhile, slice the carrots into thin discs and stir-fry them on a medium heat with the sesame oil and ginger for around 15 minutes, stirring frequently. Before the tempeh is cooked, squeeze the water out of the cucumber with your hands and mix with tomato puree, chilli flakes and ½ tsp soy sauce. By now, the tempeh and carrots should be cooked, so plate everything up and enjoy the marriage of flavours 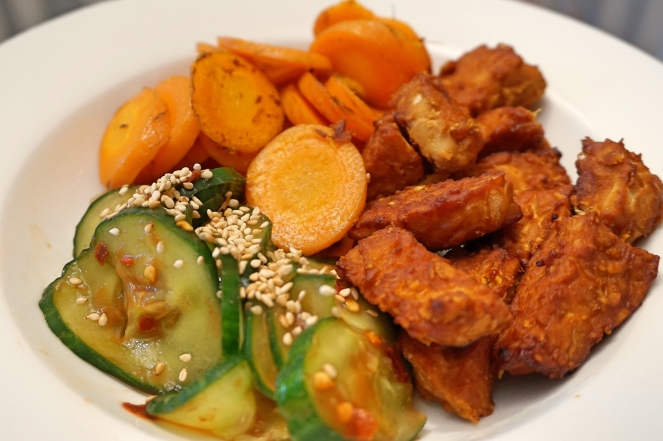 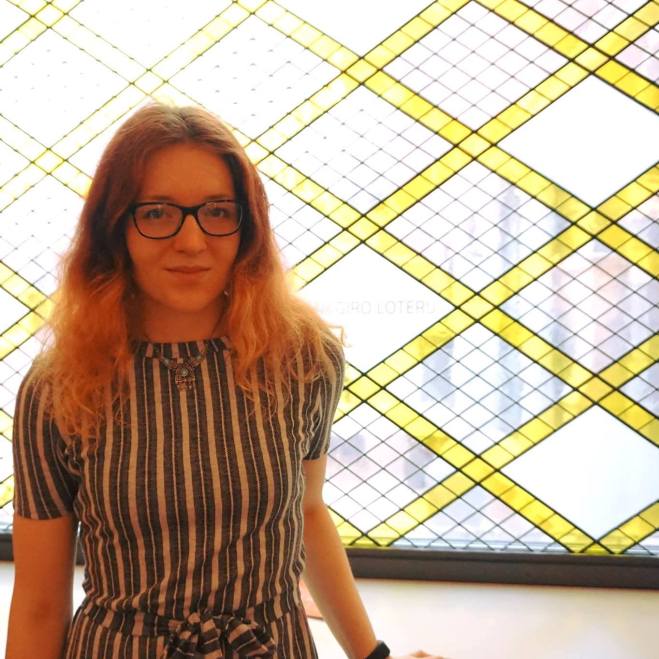